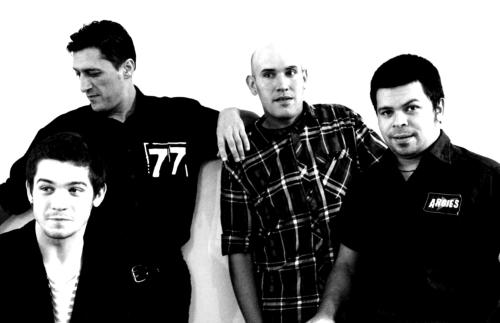 Since their formation in 1984, Argies have stood out due to their libertarian poetry, the power of their music and the understanding and coherence of their political attitude. Even though their roots can be found in the British Punk from the seventies, nowadays their music witnesses influences from ska, reggae, dub and good part of rock’n’roll elements and Latin rhythms. Practicing a philosophy of "do it yourself" they have made a successful career while maintaining independence. The name "Argies" derives from the English pejorative term for "Argentinean" which was most popularly used by the British yellow press during the Falkland War in 1982. Far from being nationalists, their name connects the band, the members of which define themselves as internationalists, with debased minorities and marginalized people worldwide. By the mid nineties, Argies left their hometown Rosario and moved to Buenos Aires. Since then, playing more than 35 shows annually, they came to be known as one of the most frequently performing acts in town. Starting in 1999, the band has regularly played extended tours in South America and Europe. The Band functions like a collective of committed musicians all of which form part of the project for undetermined periods, entering and leaving Argies with the same liberty that also characterizes the work in the band and the way in which its members study and teach in joint efforts across their differences. Over the years, the band’s particular method of making music has made Argies a truly independent cultural movement.